Lucid Air | A Better Car Than A Tesla?

Baaaam! For the first time an electric car has appeared on the market, which will compete closely with the Tesla S. If the new Lucid Air model will outstrip the Tesla S... You will really find out by reading the rows below.

This month a new electric car was scheduled to enter on the car market. As we know, many companies in the automotive industry have tried to adapt to the demand for electric cars. And, also they have tried produce as many variants as possible in this category. Fortunately, many people have heard so far about Lucid or Lucid Air model.

Just joking! Besides us and 4 other people who write articles about electric cars... No one has heard of Lucid. This car, Lucid Air, was supposed to enter the market in early April. Unfortunately, the debut of this car that it should be in New York, was delayed by the COVID-19 pandemic. Because no normal person interested in buying a car during this period!!!

Just joking! Wait, wait! However, there is no normal person to write about an electric car, when the pandemic is knocking at your door. Sorry Lucy(id)!

Therefore, Lucid Air has postponed to be stripped in public for August 2020.

But, you would ask me: Who is Lucid and what is Lucid Air? ( I know you don't want to ask me, but at least for the sake of this conversation, let's suppose you will ask me ) 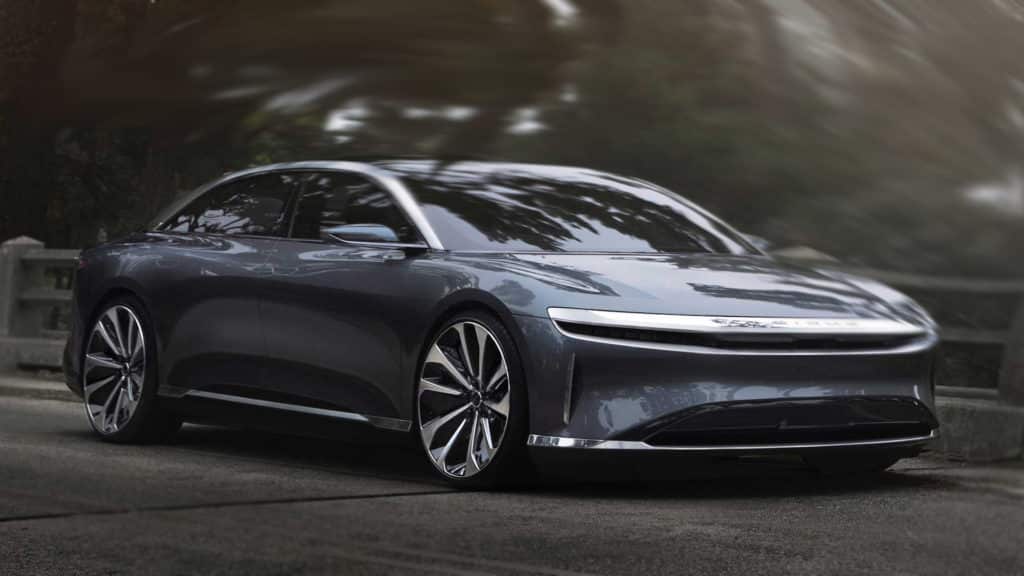 Who is Lucid and what is Lucid Air?

Lucid Motors is the former Atieva company and the headquarters is based in California. It is a relatively new and extremely small company in the auto industry, compared to the big ones in this branch. Whether you believe it or not, the CTO and also one of the owners of Lucid's company is Peter Rawlinson. This is the guy who created the Tesla S.

* This item is offered by your car rental company in Bucharest Rent-4U!

This guy took over the management of Lucid in April 2019, after having been its image since 2013. Now, Lucid has almost 1000 employees and a fairly aggressive growth in the auto industry. And if it is still not enough in this boxing match (Tesla vs Lucid). After financing with 1 billion dollars...

Yes. You heard right. A BILLION OF DOLLARS.

More than that, at the end of 2019, Lucid announced the partnership with Electrify America... Partnership that led to a DOPE FAST-CHARGING system for Lucid projects.

In fact, if I'm thinking better, I should call the guys from Lucid and tell them to give the name: DOPE FAST-CHARGING!

- Ok. And with what comes Lucid Air on the market apart from a fast charge? Doesn't this also happen on the phones, already?

Being serious this time: LUCID AIR IS A TRUE INNOVATION IN THE AUTO INDUSTRY! See why...

To better show you what Lucid Air is, we will bring some similarities and differences between Tesla S and Lucid Air. So...

In the left corner is...

In December 2019, the factory was built and right now is located in the state of Arizona. This factory was specially created to start production of the Air model. In February 2020, Lucid Air was produced with 80 prototypes for pre-production. 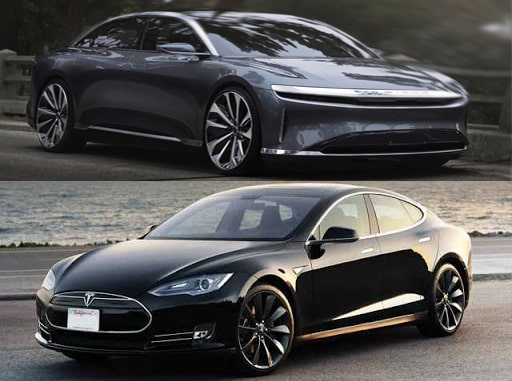 True or not? It's actually true ( trust us ). The Lucid Air model was designed for the first time in 2017. And as a small inside: Lucid Air 2020 looks totally different from the model from 2017. There is a great sensational evolution between the idea from 2017 and the prototype. And, if we look at the aesthetic side: From our point of view, the Lucid Air 2020 really outperforms the Tesla S.

I do not know what to say... I think it has the most beautiful eyes!!!

According to Rawlinson ( The Lucy's daddy ): If Tesla has a 400 volt battery and Porsche has released a model with an 800 volt battery... Lucid Air also came out on the podium, and after a jumping over our head she said: The battery of this car will have 900 volts. The big boss (Rowlinson) also stated that this car has an average autonomy of 643 kilometers. And so, according to our calculations, because we are an award-winning mathematicians ( not ), Lucid Air will have an extra 20 kilometers of autonomy, compared to the Tesla Model S P100D.

Off Doamne!!! Nici acum! Bine. Oh God!!! Good. It gives you the money back if you don't like it and lets you keep the car... Just to be everyone happy! Just joking!

Lucid Air incorporates the idea of ​​luxury and space of private aircraft, where the space is extremely limited... But where everything is extremely compact and it creates the impression of more space than usual. For exemple: In the BMW 750 LI car, the outer space that is much larger in length has the interior of 211 centimeters, compared to Lucid Air, which has the interior of 214 cm.

The design is made to maximize the interior space of the car. Also, the propulsion technology is made with world-class efficiency, and the entire Lucid Air package is made inside the company. The Lucid Air model, like any electric car produced after 2017, has the ability to retain your musical preferences, set the temperature before you get in the car, and... It allows you to voice control the settings of the car, no matter where you are. Also, this model is simple on the inside and just as simple on the outside. However, it combines simplicity with an extremely luxurious design.

And also, what is the Lucid Air model?

The Lucid Air model is the new sensation in the auto field. This model ( if it does not go bankrupt in the meantime because of COVID), will take the electric car industry to another level. Peter Rawlinson said through a company official that they want a large production for this car. That is why they plan to hire a lot of staff to complete this plan.

To keep the audience close, Lucid posted some pictures with the new model, and... To be honest! As they say: They took the Tesla level to a completely different level. The official website of the company claims that this electric car will bring a new stage of efficiency.

In the future Lucid company promises more time for the people. As the software progresses, we will be able to enjoy more free time and less time spent driving.

We make a small break to recommend another article, where you can see the cheapest electric cars with 5 seats.

Ok, ok, enough with the unpaid advertisement! Let me tell you the price for this car...

How much does the new Lucid Air cost? 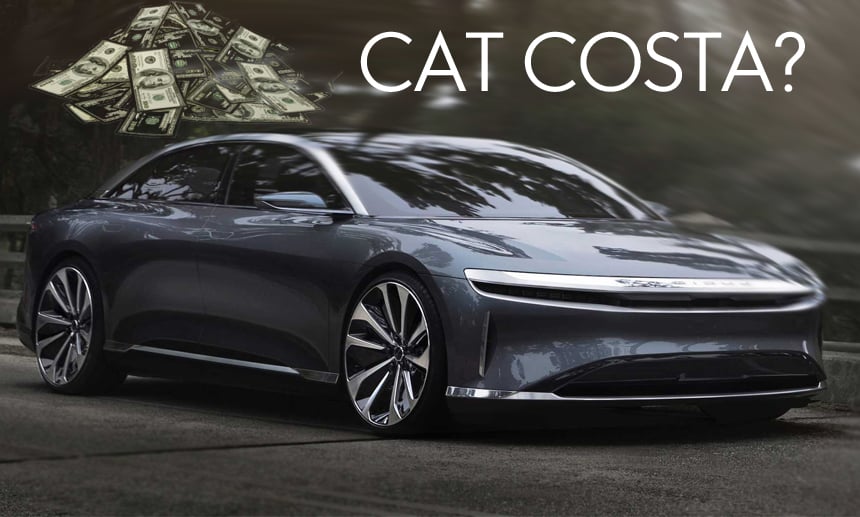 Remember: The latest Tesla Model S (Tesla Model S P100D) costs $ 100,000. The guys from Lucid intend to put the Air model on the market at the price of $ 60,000. As we can see, the difference is huge. The Lucid Air car can be booked with a $ 1,000 deposit, while at Tesla the deposit starts at $ 4,000. Lucid factory has an extremely good financial position, unlike other companies in the automotive industry, and... The company (even during COVID-19), are giving a lot o jobs and aims to maintain a more aggressive trajectory in the next period.

* Choose your favorite car for rent!

That's all about Lucid Air. Thank you for coming with us to the end of this article and we are waiting for you with other interesting subjects!