We've all heard about the Sony company so far. If not... Well, it's one of the PlayStation biggest rivals. But because we are not familiar with the gaming market, we will not talk about Sony from this perspective. So, back to the topic... At the beginning of 2020, Sony made the first prototype electric car. The model is called Vision-S, and was unveiled as a prototype at the Consumer Electronics Show.

Is Sony testing the car market with the Vision-S model?

With the announcement of the Vision-S model, Sony confirmed that it does not intend to enter the car market ( for now ), but...

There are, however, some suspicions. According to the company's reports: Sony wanted through this action, to show the level of technology, which could improve the car market. Although the Sony brand has not had any connection so far with the automotive industry... It is possible that the company will test the waters of the industry, through the Vision-S model, and... To discover more precisely what is their potential on this market. 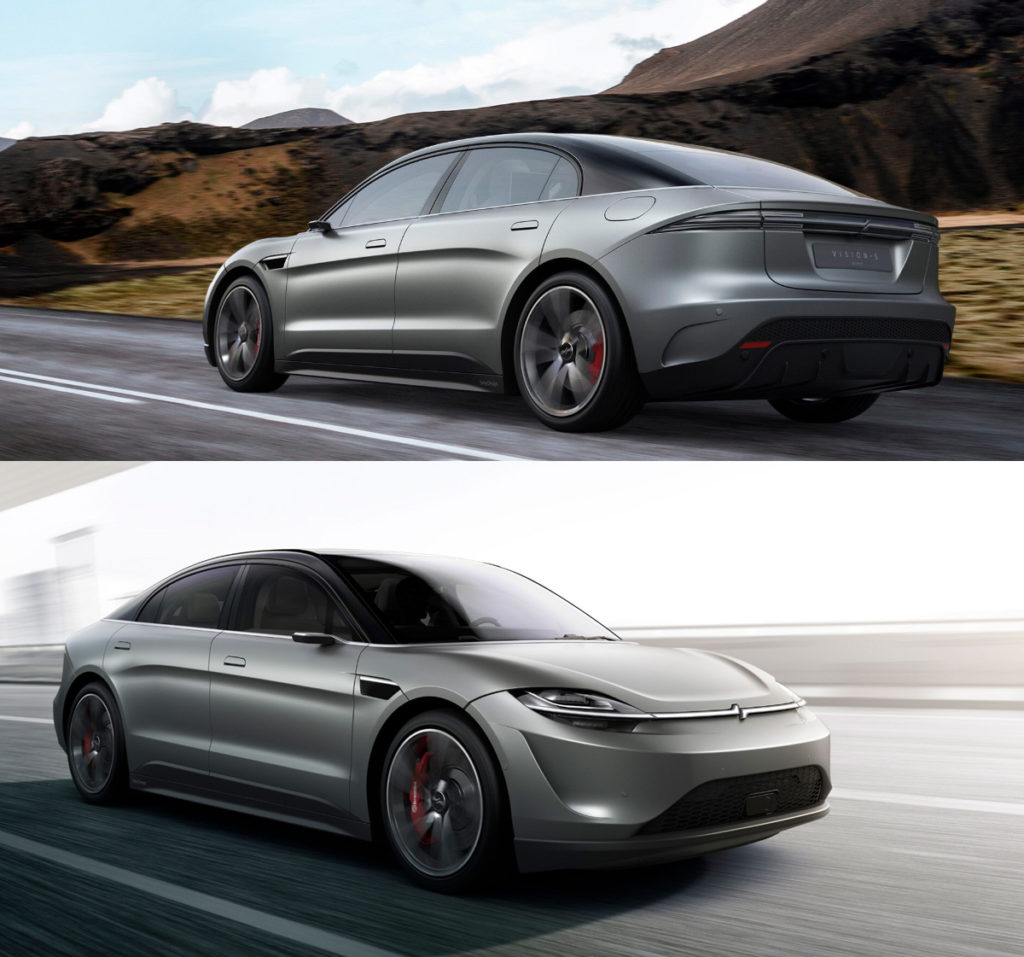 Izumi Kawanishi, who is both the designer of the Vision-S model, but also the coordinator of the robotics division... Claims in an interview given to Impress Watch, that Sony will not become a car manufacturer. Instead, he says that through this action, Sony will only have to add improvements to this industry.

The idea, is that at the beginning of 2020, Sony offered another video that shows what Vision-S model supposed to be. There is a difference between the car in the video and the model revealed at CES. Before, Vision-S was supposed to be a sedan, now it looks more like a crossover.

* This article is made by your car rental company in Bucharest, Rent-4U. Find out more information about what Vision-S brings on the car market!

Other informations about the model manufactured by Sony ( Vision-S )

We don't have a lot of technical data about this car, but... What we know from Izumi's is that the car has 100% autonomy... Thanks to the 33 sensors, the car will not need a driver. The fact that it will be entirely electric is not a new thing ( we all know that ), but...

Although "they are not going to enter in the automotive industry," the model is based on safety, entertainment and adaptability. I claim that this model will offer more than mobility. And according to Sony, the Vision-S will be more than just a car.

See the picture below ( inside the Vision-S model )!

The Vision-S model only shows us that the car has an absolutely sensational design. Starting from the inside of the car, which is completely different from what has been created so far... The whole dashboard it's an entire touchscreen. Also, the way the shapes of the chairs combine with the rest of the interior is absolutely amazing.

More than this, the exterior looks like it was brought from a SF movie.

Although, Sony shouted out loud that it does not intend to enter in the automotive industry... The company together with Magna Steyr, continued to develop the vehicle. It is also assumed that the next plan would be to test the car on public roads.

That's about it with this article. We have all seen an absolutely revolutionary model, designed by a company "that does not want to enter the car market."

Thank you for coming with us at the end... And we recommend another subject, where you will see the real competitor of Tesla.